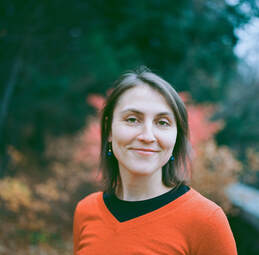 Esther Rhoades is the Artistic Director of Grand Monadnock Youth Choirs.  She directs the GMYC choirs, with ensembles rehearsing in Peterborough and Keene.  Her energetic teaching style, expertise in music, and infectious positivity allow GMYC singers to thrive and grow not only musically, but also as individuals. She also serves the Chamber Singers of Keene, an auditioned adult chamber choir, as their Director.

Esther has been immersed in choral music since childhood, which inspired her to complete a Bachelor’s of Science in Music from the University of Delaware.  While at UD, she was the student assistant choral director of the internationally renowned University of Delaware Chorale, under the direction of Dr. Paul D. Head.  She has also received training at Westminster Choir College.  After graduation, she taught public high school chorus and music classes in VT and NH.  Additionally, Esther was the Assistant Artistic Director and Conductor of the Children’s Chorus of Springfield in Massachusetts.  After returning to Keene, Esther served Keene Unitarian Universalist Church as their Choir Director, and the Monadnock Waldorf High School teaching the a cappella choir.

When you can’t find Esther making music, she is likely hiking, baking cookies, or playing outside with her husband, Jason, and three children.
​ 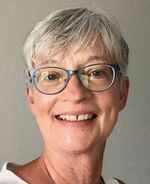 Judy Leeds is the Administrative Coordinator for the Grand Monadnock Youth Choirs. She is very excited about working with GMYC. Her background in nonprofit management, both as an employee and a volunteer, along with her career as a preschool teacher provide her with the organizational and communication skills necessary to meet the needs of GMYC. Judy is a strong supporter of incorporating the arts into the lives of children, and understands the positive impact the arts can have on the health and well being of us all!

Judy has two grown children and is a loving grandmother to four energetic little boys. Judy and her husband reside in Peterborough, and enjoy spending time with their family in the lakes region of NH.
​
​ 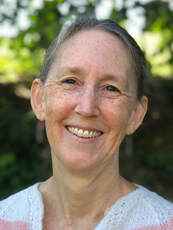 Carin Torp has loved music and children forever, so is very happy to join GMYC in working with the Choristers and Elm City Singers within the Grand Monadnock Youth Choirs.

Previous musical roles in the Monadnock region include choir directing and musical accompanying at the Keene Unitarian Universalist Church, working with Cupcake camp at Moco Arts and singing in local choirs, Raylynmor and musical theatre performances.

Carin has a private practice as a Dance/Movement and Psychotherapist:  Carin Torp Healing Arts, and teaches toddler/adult dance classes at Moco Arts.  She believes completely in both the necessity of the arts and in their innate healing and unifying powers.
​ 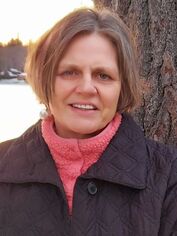 Margaret Dodson-Buhl is a retired music teacher and choir director from the Binghamton, NY area. She attended Colgate University, where she was a student of pianist Vivien Harvey Slater, and received her Masters in Music, Piano Performance, and teaching credentials from Ithaca College. For 30 years, Margaret worked in NY State public schools teaching general and vocal music, and conducting choirs at the elementary, middle and high school levels. She has also conducted and accompanied All-County choruses. After retiring, she enjoyed serving the Congregational Church in Greene, NY as organist, where she also gave private piano lessons.

New to the Monadnock region, she and her husband Paul are enjoying discovering southern New Hampshire, and finding there is much to see and do! She is currently working as long-term substitute music teacher at Fuller Elementary School in Keene, and looks forward to collaborating with Esther and the Cecilia Ensemble!

Maria Belva saw a need for choral music education for youth in the Monadnock Region, and along with her husband David Vernier founded the Peterborough Children’s Choir in 1997.  Beginning with 20 children ages 7 - 12, Maria cultivated a community of choral music excellence and expanded the one choir into three with 70 singers by 2010.  The choir’s name was changed to the Grand Monadnock Youth Choirs in 2011 to reflect that growth.  In 2015, Esther Rhoades joined Maria to help grow and strengthen the organization, and in May of 2017 Maria passed the Directorship to Esther.
Maria Belva is a professional choral conductor and private voice teacher.  She is a Certified McClosky Voice Technician.  Maria has acted and directed for Raylynmor Opera.  She is also active as a soprano soloist throughout the Monadnock Region, and in this capacity, she has performed leading roles in operatic and music theatre productions and appears often in churches, community events, benefits, and occasional solo recitals.  Maria is a life-long chorister and understands first-hand the impact of creating music together. Founding and nurturing a youth choir for 20 years was the perfect culmination of Maria’s love of children and love of singing!

David Vernier, accompanist, is a lifelong choral musician whose early professional career included teaching positions and conductorships in various public schools and colleges in the U.S. and Canada.

He is an internationally known music critic who co-founded Classicstoday.com. David has degrees from New England Conservatory (B.Mus.) and Columbia University (M.A.; M.Ed.).